Quonset Hut buildings, or q-models, are the foundation of the SteelMaster business. These arch-style metal buildings are renowned for their amazing strength and limitless versatility.

Our Quonset Hut kits can be used for a number of different applications from a simple tool shed in the backyard of any rural American town to a massive, climate-controlled factory in Chile. Our steel arch panels can be put together to create metal garages, sheds, airplane hangars, workshops, bulk storage facilities, small businesses and even homes.

SteelMaster’s Quonset Huts™ are the best value prefab metal buildings on the market. Our modular steel structures are simple to construct. They can be assembled by a team of two to five people within a matter of days. SteelMaster makes the building process much easier than a traditional building because our structures only require one size nut and bolt to assemble.

In addition, each building is made from commercial grade steel and is engineered to meet the wind and snow loads of your specific location. This makes SteelMaster’s Quonset Huts among the strongest on the market.

If you’re ready to get started, contact our team of project specialists to get more details. We certainly have a Quonset Hut for sale that meets your unique needs. Our steel Quonset Hut price provides the best value anywhere around.

The Quonset Hut concept started well over 75 years ago when soldiers needed quick and durable housing options during the war. The town of Quonset Point, Rhode Island is where the first manufacturing site for a Quonset Hut was located.

By definition, a Quonset Hut™ is a lightweight, half-round pre-fabricated structure made of corrugated galvanized steel or iron.

The Quonset Hut comes in many different styles and goes by several different names. Regional name variations for this round arch structure include Nissen huts, Romney huts, Jamesway huts, Daniel Houses, T-Rib quonset huts, Stran-Steel huts, or Cowin Huts. There are just as many interesting ways to spell this hut’s unique name including quanset, kwanza, kwansit, quansa, quonsat, and q-model.

During World War II, U.S. Navy officials realized they had a need for an all-purpose, lightweight building that could be shipped anywhere around the world to support troops. The Quonset™ design was modeled closely after the Nissen hut, which was used by the British during the World War I.

The open, clear span design of these huts enabled the Navy to maximize the buildings’ usable interior space. They also discovered that the corrugated arch is among of the strongest structural designs in the world. Because of these qualities, Quonset Huts™ were able to provide much-needed, secure shelter during the war.

In the late 1970s, SteelMaster engineered and designed a newer, stronger structure based on the historic Quonset Hut design.

SteelMaster evolved the Quonset into a new type of building that combines the architectural strength of the arch with 20th century technology that allows it to be designed and engineered to handle all types of climates and conditions. The Quonset Hut was nicknamed the “q-model” to honor these structures’ historical significance.

Over the years, SteelMaster has continued to develop the original Quonset design and engineering to better serve the original goal of the hut: to provide an all-purpose prefabricated steel building or roofing structure that can be shipped anywhere in the world and constructed quickly and easily. 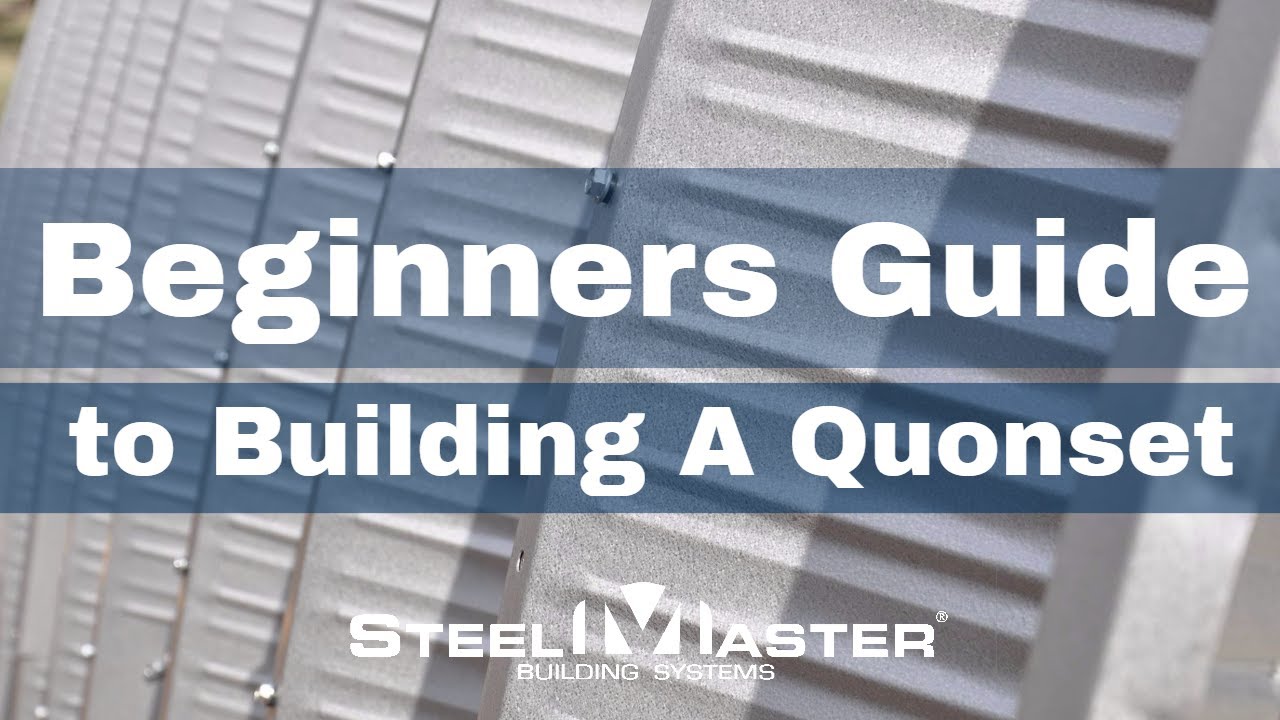 GET A FREE QUOTE ON
BUILDINGS UP TO 70% OFF

Menu
We use cookies to offer you a better experience, analyze site traffic, and serve targeted ads. By continuing to use this website, you consent to the use of cookies in accordance with our Cookie PolicyAccept